Today I have an acetate window card to share, which was inspired by a YouTube video from MFT design team member Stephanie. I love the look of the acetate window cards she created with the MFT Sending a Smile stamp set, so I thought I’d have a go at making my own version. 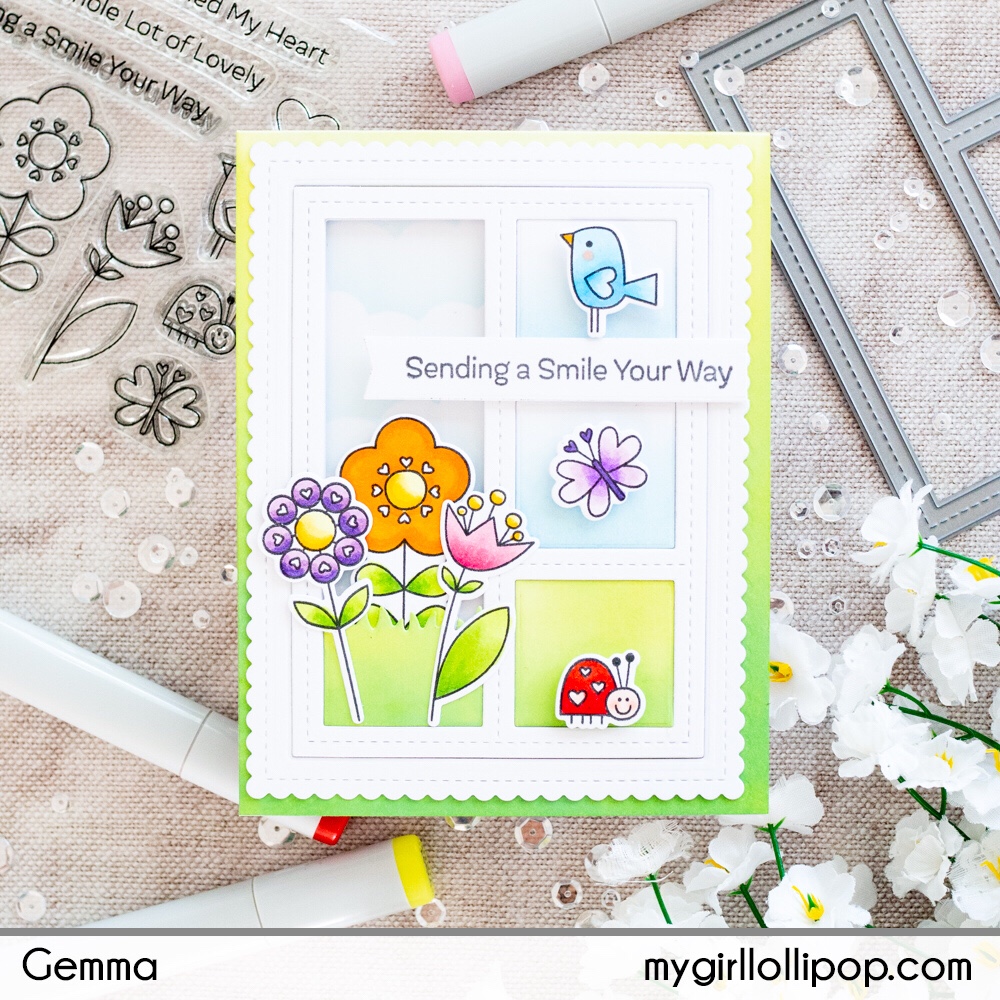 I began by die cutting the Blueprints 27 frame and grid from white card stock. I also die cut the grid from the front of a card base. I added a blend of distress oxide ink to the card base front, using mowed lawn and twisted citron. I adhered a piece of acetate behind the die cut white frame, then stuck this down onto the card base to cover the window. On top of the acetate, I adhered the two die cut grid pieces.

I stamped, coloured and die cut images from the MFT Sending a Smile stamp set, and adhered them to the front of the card. I also added a sentiment strip with a greeting from the same stamp set.

The acetate window gives a fun twist to the card, and by adding the panels in the front, there is still room to write a message inside without it being seen from the front. 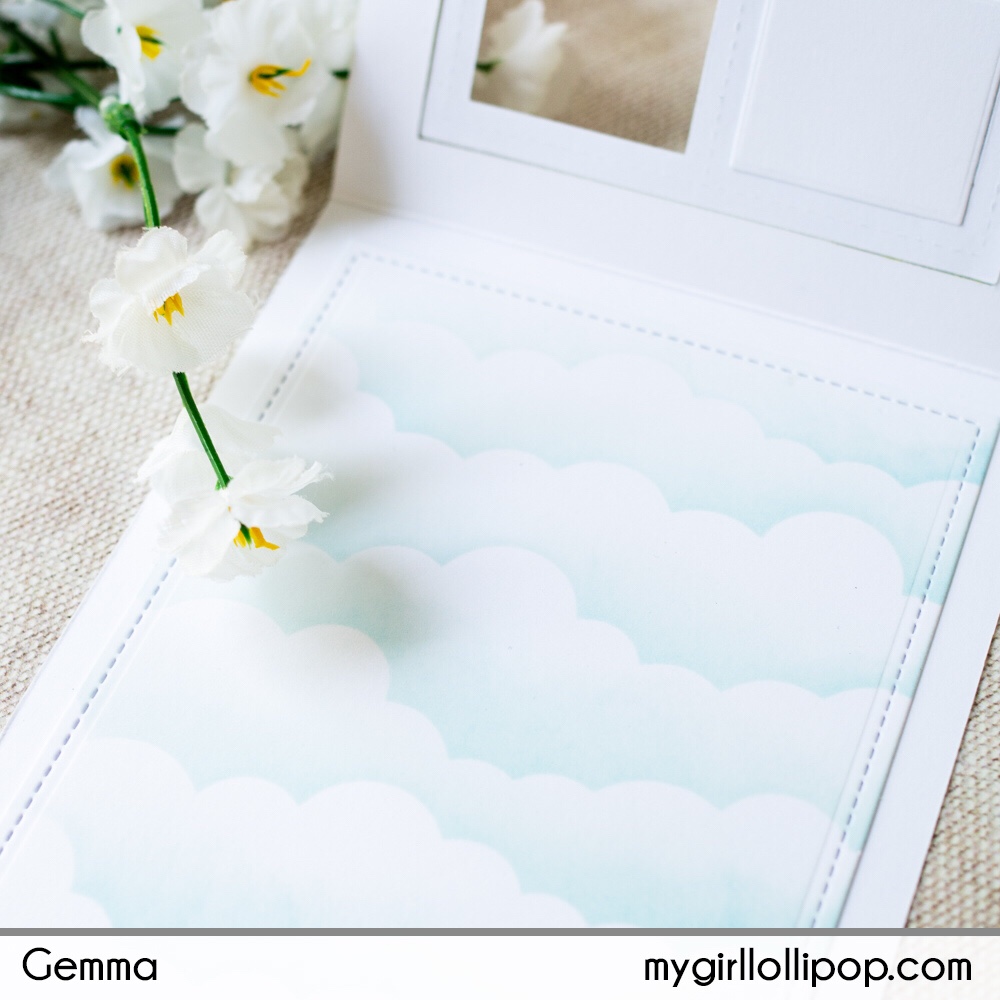 1 thought on “Sending a Smile Your Way”