There are prizes too! Read all the way to the end of the post to find out how you can win.

As someone who loves both cats and books, the Newton’s Nook Book Club stamp set is a must-have.

I began by stamping the cute image of the cat sleeping on a stack of books, along with a sentiment from the stamp set. I coloured the image with copic markers, then used a stitched rectangle to die cut the scene for my card.

On another stitched rectangle, the same size as my card base, I used the Newton’s Nook Serene Stripes stencil with WOW Perissa embossing powder, to add some detail to my background. I think it has the look of books on a shelf, which works well with the scene.

I layered the embossed panel onto my card base, then the cat panel on top with foam tape to finish

I just love this scene from the Newton’s Nook Newton’s Birdbath stamp set.

I began by stamping the image on a piece of white card, then coloured it in with copic markers. To add some sparkle to the water, I used an embossing pen to add ink to that area, then heat embossed with WOW Neutral Ultra Shimmer embossing glitter.

As I don’t have the coordinating dies for this set, I used a circle die to cut the piece down instead.

For the background, I took a piece of blue card and inked through the Newton’s Nook Cloudy Sky stencil with WOW clear embossing ink. I kept an area masked, so I had space for adding a sentiment later. I then heat embossed it with WOW Silver Pearl embossing powder.

I finished by adding a sentiment from the Newton’s Birdbath stamp set.

There are also more amazing projects today over on the WOW Embossing Blog and the Newton’s Nook Design Blog so pop over there for more inspiration!

Would you like to win a prize pack of 6 embossing powders plus carry case AND a $25 store credit to Newton’s Nook Designs?

Here’s how to win:

Leave comments on the WOW! Embossing Powder Team blog posts using Newton’s Nook Designs products all week (September 23 – 27) to enter. One winner will be randomly chosen from blog posts throughout the week so the more posts you leave comments on the better your chances are of winning! You have until Friday, September 27th at midnight GMT to comment. The winner will be announced on the WOW! Embossing Powder blog post on Monday, October 1st.

Don’t forget, you can save 10% on orders at the UK and USA WOW stores, using my discount code: WOWDTGC

RAM Digi Stamps – use code GEMMACAMPBELL to get 10% off! 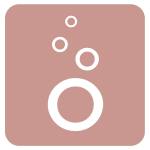